Welcome to the Broadway Fire Station, home of Engine 4 and Ambulance 4. Commonly referred to as the South End Station or Station #4, we are located at the corner of Broadway and West Street. The station is often considered the only neighborhood style fire station left in the city. 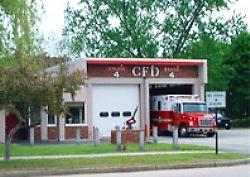 Staffing and Our District

As with all the Concord fire stations, Broadway is staffed 24/7 year round with a minimum of 5 firefighter/EMTs on duty per shift. The Engine Company is staffed by one Company Officer and two Firefighter / EMTs. The Ambulance Company is staffed with one Firefighter-Paramedic and one Firefighter-EMT. Station 4 serves a diverse occupancy base consisting of single and multi-family residential units, medical facilities, nursing and retirement home facilities, retail merchandizing, government and business offices, schools, sporting areas, highways, and waterways. As part of mutual aid agreements with other municipalities, Broadway Companies are often called to support other local communities as far out as Manchester.

Through most of the 1990s, Engine Company 4 carried the distinction of being the busiest engine company in the state of New Hampshire based on the amount of calls responded to. Station 4 continues to hold the distinction of being the busiest station in the City. Ambulance 4 responded to over 2,800 calls and Engine 4 to over 2,400 in 2012. These distinctions combined with involvement in other department activities became the inspiration for the motto located on the station and company's patch, Running Like Crazy.

Broadway companies are involved in non-emergency activities as well as emergency responses. Station crews participate in regular training activities, building tours, and walk-through. Personnel provide fire safety and prevention education through school visits, station tours, and fire prevention open house events. We enhance safety preparedness by shoveling snow away from hydrants during winter months and pre-planning high hazard area responses throughout the year. We are proud to be the local drop off point for items donated to the "Pease Greeters" who send care packages to our troops.

Station 4 supports educational institutions by providing a means for students enrolled in Fire Service or Emergency Medical Service Programs with a place to gain experience and knowledge through student ride-along programs. Our paramedics act as preceptors, mentors, and evaluators for these programs. Other programs include ride-along for nurses, fire service students, and the Explorer Program. 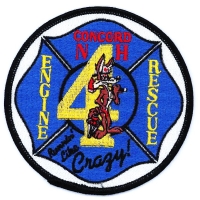